On Reconciling Marxism and Christianity 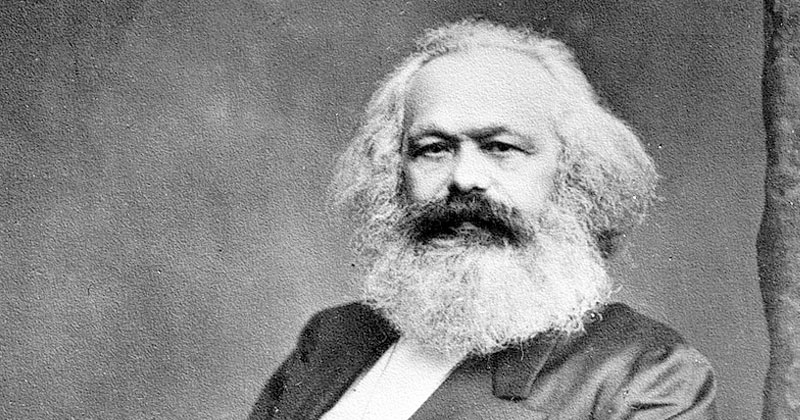 Marx famously said, in his Introduction to A Contribution to the Critique of Hegel’s Philosophy of Right:

“Religious suffering is, at one and the same time, the expression of real suffering and a protest against real suffering. Religion is the sigh of the oppressed creature, the heart of a heartless world, and the soul of soulless conditions. It is the opium of the people. The abolition of religion as the illusory happiness of the people is the demand for their real happiness.”

This certainly isn’t refuted by my own experience. I am a Christian now because I have PTSD and needed a palliative. I have never claimed (because it would be untrue) that my recent return to Christianity has made me happy. I am not happy. It has merely made me saved. Given that Marx explicitly stood against religion, and that Marxism is materialist — that is, it relies upon only the observation of the material world — it is not really possible to reconcile all of Marx with all of Christianity. Both are jealous, totalizing philosophies. So how can they exist concurrently? What reconciliation is possible?

Let me back up. It has only been a recent development that Marxism and Christianity have occupied my life at the same time. I was raised Anglo-Catholic, I but was unable to attend church in my teens. By my mid-twenties, I’d split from the church. My sister came out as gay, and I’d told my parents from a very young age I was not a girl. I didn’t yet have the term “nonbinary” available to me. My denomination, Episcopalian, has a tolerant stance towards sexual relationships and identities. It embraces human sexuality as a good tied to fidelity, comfort, reciprocity and enjoyment rather than merely reproduction, and does not condemn relationships that can’t be sanctified by marriage because of political or economic reasons. It embraces gay marriage, and ordains people regardless of their orientation, gender identity, or who they are married to. Nevertheless, I was not attending church and so found myself only in communion with the broader church.

In that church in the mid-aughts, I observed cruelty. I saw professed Christians take delight in the prospect that a devoted couple would not be able to visit one another when they were sick and dying or to attend the funeral of a beloved partner. Christian families could bar a gay person’s partner from inheriting property or the right to attend a funeral. Even if I had accepted that being queer was a grave sin, the delight in the suffering of my queer brothers was disturbing. The Bible led me away from that version of the Church. You shall know a tree by its fruit. (Matthew 17:15-20). We are commanded to love one another. (John 13:34). This is how we know what love is: by our actions rather than what we say. (1st John 3:11-18)

The systemic inaction during the HIV crisis during the 1980s and 1990s followed by a continual smug viciousness about the way queer people suffered made it clear to me that many mainstream Christians were, in their hearts, murderers. I didn’t recognize Christ there. Nothing loving about it — not even by some perverse logic, where cheerleading the death of thousands and the destruction of lives might somehow be godly. And so, I left the faith. I considered it an amicable divorce from the Episcopal church, but a harder one from broader Christendom.

C. S. Lewis, in his book Miracles, writes about the mistake of equating God with nature, but I will apply it here: if I were to look at Christendom as it currently stands as a reflection of God, I would have to conclude that God is wicked and foolish. “To which the atheist will answer — and the nearer he is to Christ in his heart, the more certainly he will do so — ‘If there is a God like that, I despise and defy Him.’” I felt then, as I do now, that I followed the spirit of Christ away from Christendom.

I later followed Him to Marxism. The same criteria — loving in action and in truth — has a compatibility with the materialism of Marxism and attracted me to it. Marxism’s call to surrender property for the common good has more in common with the communal living in Acts (and the frustrations of Paul with the day-to-day logistics and friction of that life in Corinth) sounded more like modern communes than anything televangelists ever said. The objections I might have — communism’s supposed death toll, for example, as calculated by capitalists —were greatly inflated by including figures from Nazis killed in WWII and victims of famine.

I have starved, literally, while working a minimum wage job and supporting three other adults who were out of work. I was under ninety pounds, consuming under five hundred calories per day, and was fainting at work. If I had died of starvation, I wouldn’t be counted among the victims of capitalism. The business of love — feeding people, clothing them, welcoming strangers, caring for the sick, visiting the imprisoned — seems incompatible with both Republicanism, which makes those tasks (at best) a private concern, and the Democrats, who happily continue to imprison people, cut programs, and heavily means test aid.

My return to Christianity did not come because I am any less critical of Christians. If there is damnation, the cruelty of mainstream Christianity will have much to answer for before Christ. Capitalist Christians do a lot of good work feeding the poor and visiting people in prison while insisting on an economic system that impoverishes and imprisons those same people. The trauma that set me up for poverty, kept me in poverty and arose from that poverty, only makes sense to me in a framework of sin. Healing only makes sense to me in a framework of atonement. I am quite literally saved — a Christian— because the alternative, for me, is death.

Back to Marx. Marx, in the opening to the Communist Manifesto, describes the specter haunting Europe. It is not a specter he is inventing, nor one inspired by him; it is an extant movement that he and Friedrich Engles describe and formalize. Communism arises from the struggle between the proletariat and the bourgeoise. Marx is not the font from which communism flows; his writing is not inviolable scripture. (Scripture itself is also not inviolable, but I digress.) All of Marxist philosophy post-Marx deviates from Marx, and so disagreeing with Marx is almost a qualification for Marxism. Here is where I deviate:

First, let’s return to the C. S. Lewis quote, this time in context. Materialism supposes nature is all there is, which is cruel, which only permits a handful of specimens to thrive, where the strong triumph over the weak. Marx is optimistic in his assertion that, from this wickedness and foolishness, there will be an ultimate triumph of the proletariat. He is asserting the weak will triumph over the strong. Marx tries to get around by saying the proletariat are the strong. I disagree. The bourgeoisie are in power because they have more of it. I live in hope that the meek will inherit the earth, rather than supposing the strong will wake from their slumber and realize they are strong. We will have to build power.

Second, as I said in the opening, the purpose of Christianity isn’t to make someone happy. It’s to make someone saved. Marxism may, therefore, make happiness its business without working at cross-purposes. To extend Marx’s metaphor, the notion that I don’t need a palliative to heal, to give myself the energy to address root causes, is a misunderstanding. I suffer from sciatica, and in addition to physical therapy, I was also prescribed pain medication so I could do physical therapy.

God does love us. God wants us to be happy. I do believe Marxism is the best means by which to achieve that happiness. But I am not much use to anyone in the movement while consumed by pain. And so I can’t really separate my Marxism from my Christianity. One makes the full expression of the other possible.

M. K. Anderson is a writer from Austin, Texas. You can find her on Twitter @QualiaRedux, at Protean Magazine and at her website: mk-anderson.com.

Did you appreciate this article? Please consider making a donation to help us continue to build a new voice for the Christian Left. Click here to donate today. 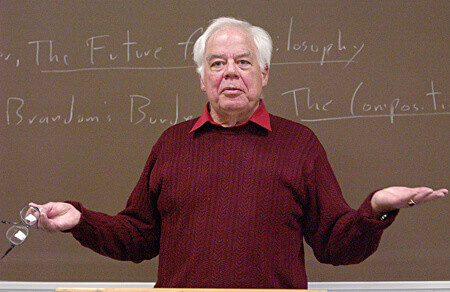 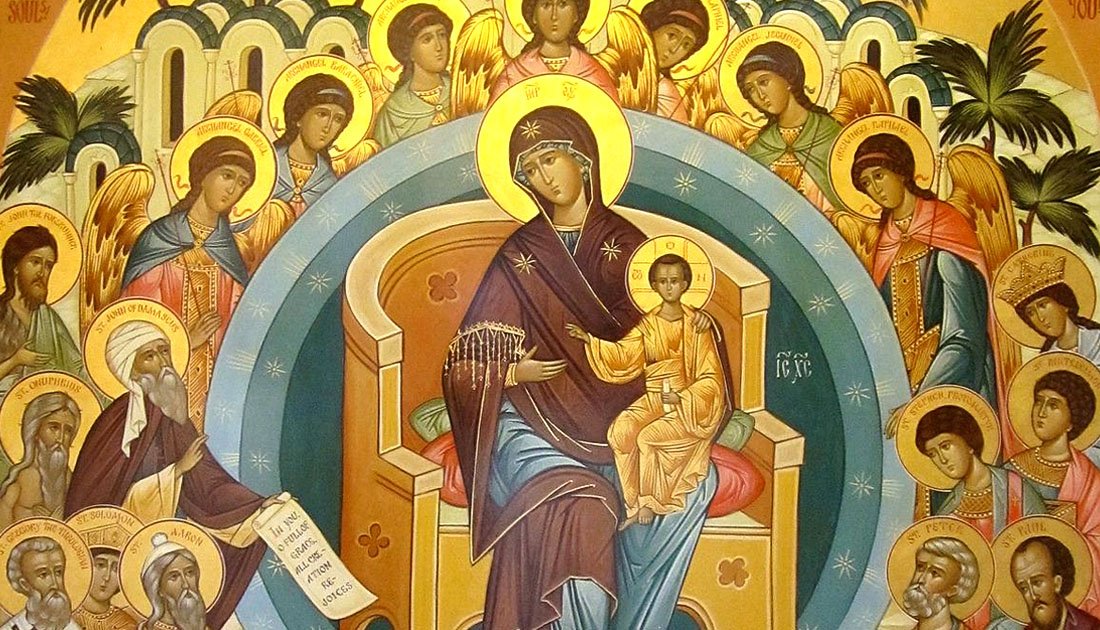